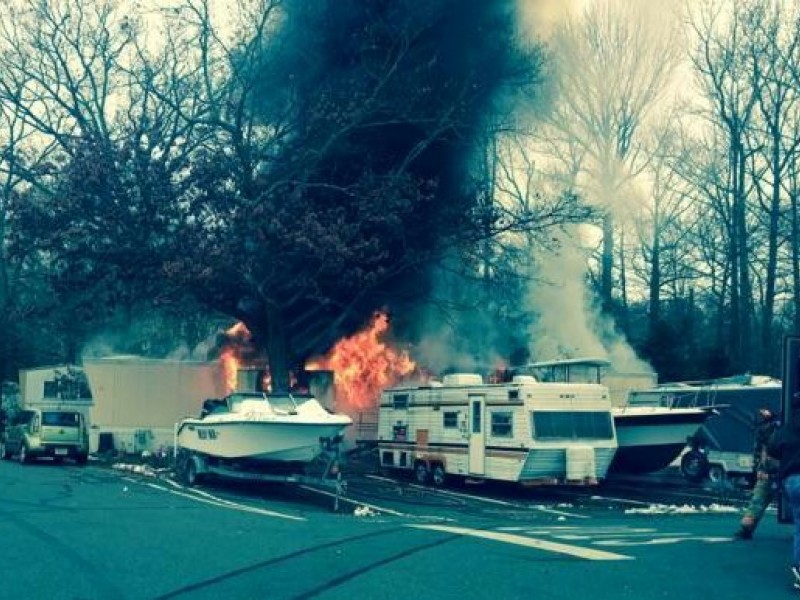 The fire was discovered shortly after 9 a.m. and quickly destroyed the home. All residents made it out safely and no injuries were reported.  Kendall Park Fire Department Chief Chris Perez said 30-foot flames were shooting out of the center of the home when firefighters first arrived. “The fire was knocked down and under control in about 10 minutes”, Perez said.  An adjacent mobile home along with a number of RVs and boats parked nearby also suffered heat damage from the fire.