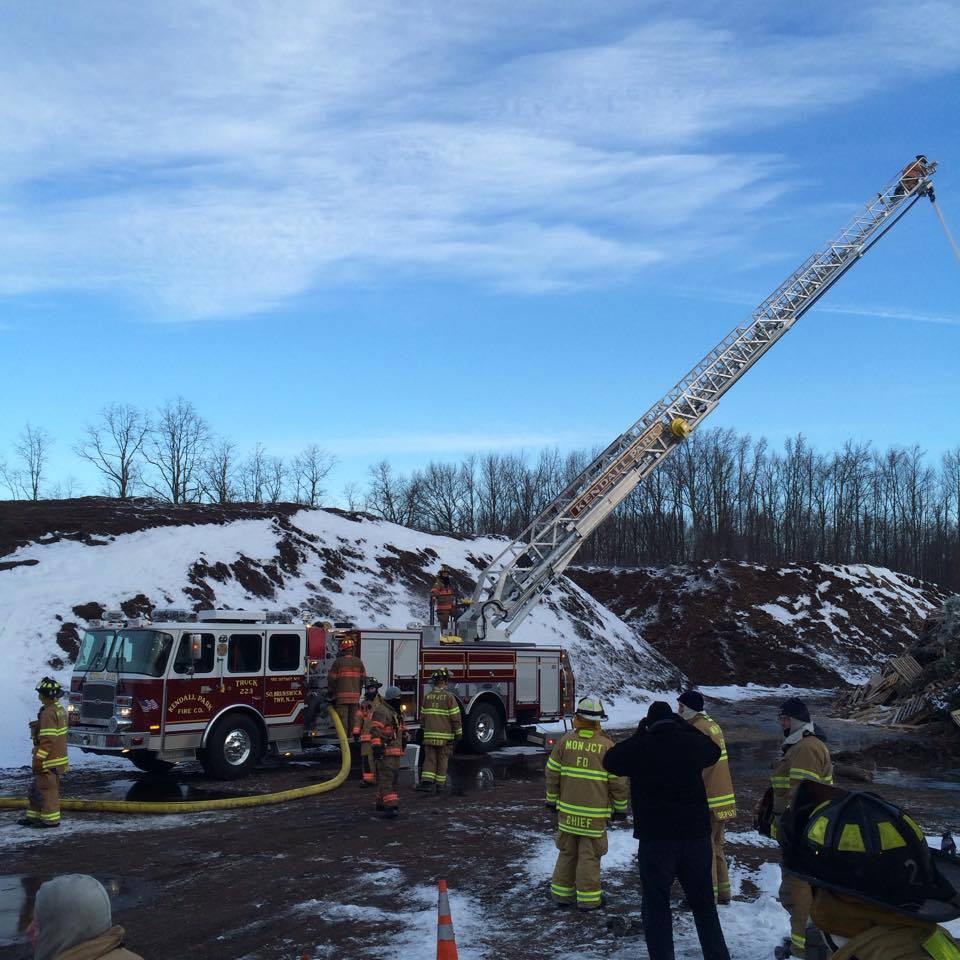 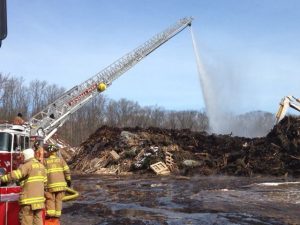 At around 3:30 AM, the Monmouth Junction Fire Department was dispatched to Reliable Wood Products on Broadway Road for a mulch pile on fire. Crews arrived to find a pile of logs, branches, old Christmas trees and pallets on fire. Due to the volume of fire and lack of a water supply close by, extensive mutual aid was requested to battle the blaze in the single-digit temperatures. MJFD Engine 208 was supplied by tankers to feed water to the Kendall Park Fire Company’s Ladder 223. Tankers responding to the scene included Cranbury, Plainsboro, Helmetta, Monroe District 3, East Windsor, Millstone, Griggstown and Little Rocky Hill. An engine from Jamesburg established a tanker fill site from a hydrant in Rowland Park. Firefighters flowed well over 350,000 gallons of water to extinguish the fire. 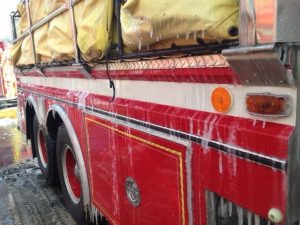