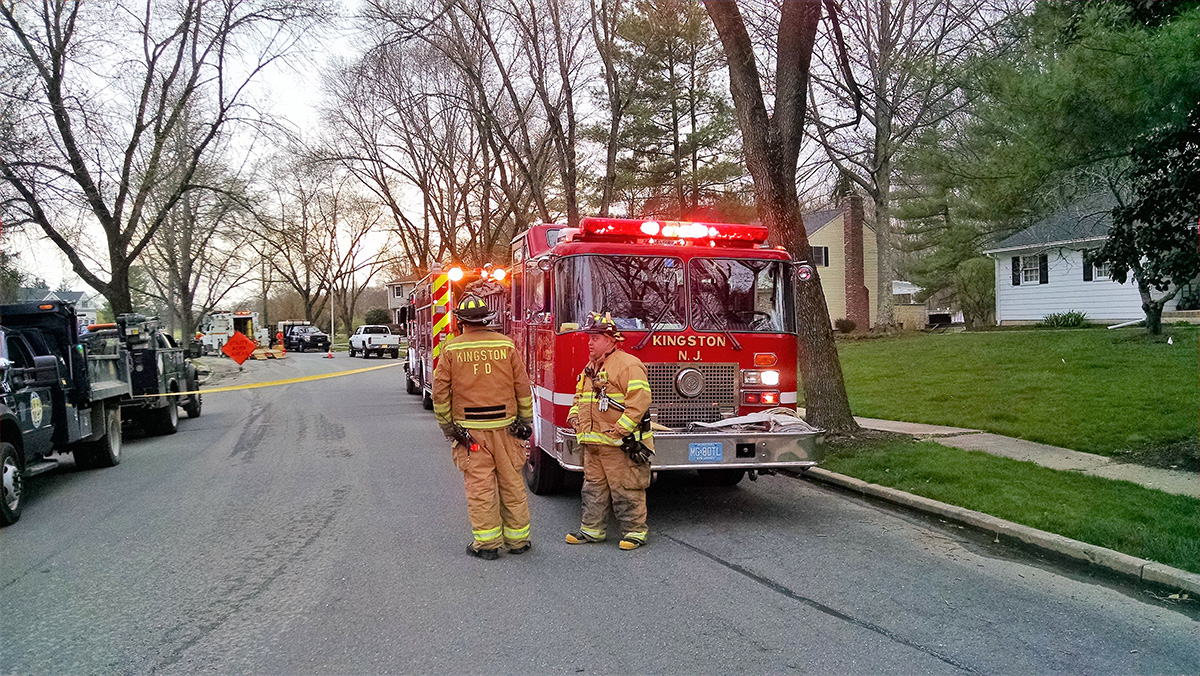 On Thursday​, April 13 at 14:58 we were dispatched to Cleveland Lane for a natural gas line that was struck by a backhoe. Upon arriving Chief 240 set up a safe zone and had the crew from Engine 245 check the area with gas meters to determine the levels of gas present.

South Brunswick EMS and Kendall Park First Aid Squad also responded. Upon the arrival of Public Service Electric and Gas, they determined that due to the escaping gas they needed to shut of the electric to two homes to reduce the chance of an explosion. Kingston fire crews were ready and prepared to handle any fire that may have resulted.

Public Service was able to shut off the gas, and all homes were checked to insure they were clear of any remaining gas levels. Electric was then restored to the affected homes. Fire, EMS, and Police were on the scene for four hours.

The Kendall Park Fire Company provided coverage in our station to respond to any other calls.

We thank all of the emergency responders for their assistance.