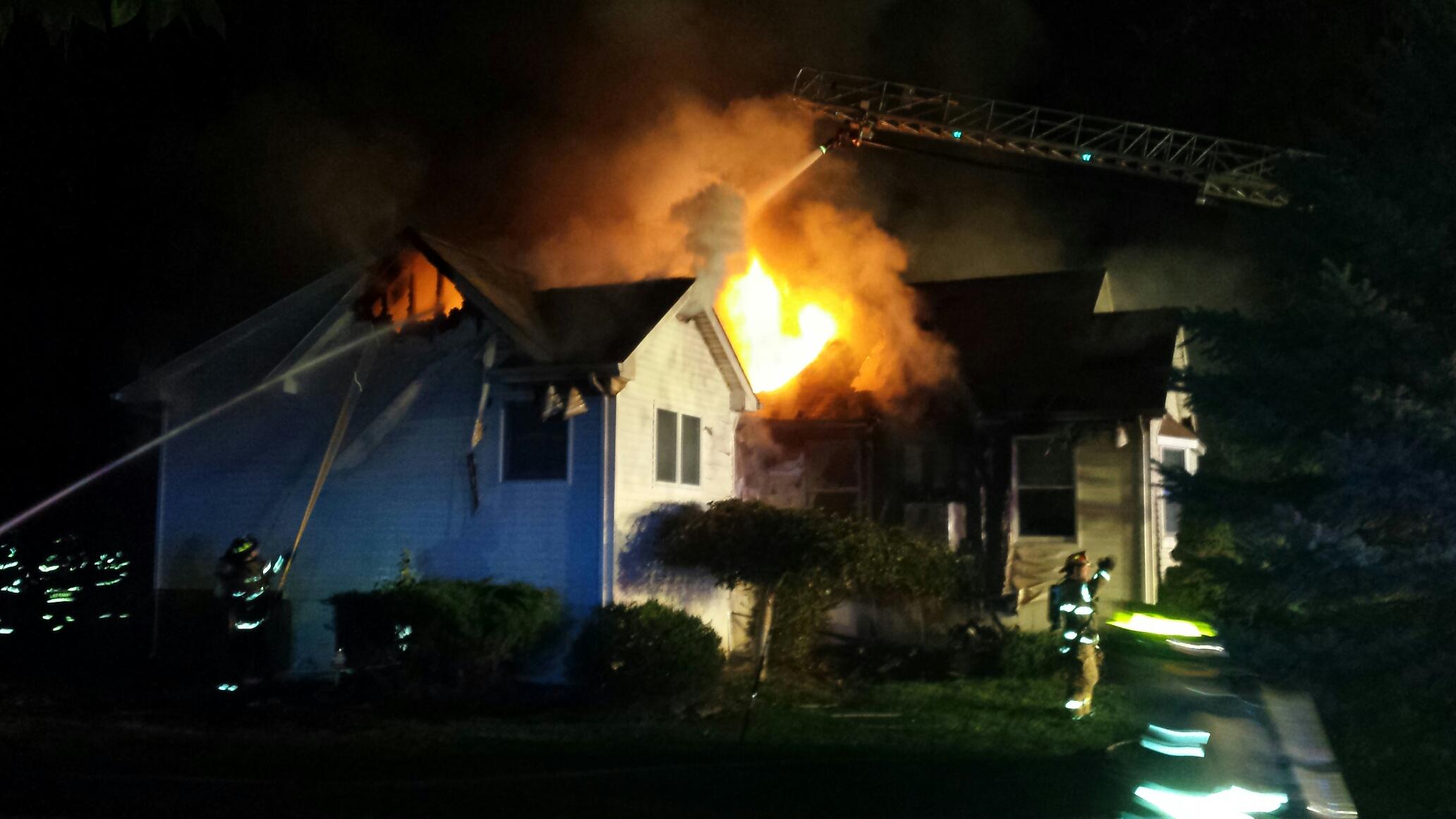 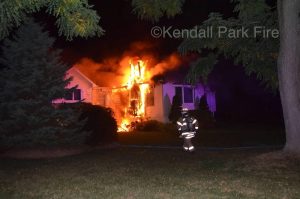 A Kendall Park family was able to escape a late night fire that destroyed their home. The fire at 26 Greenview Road just off Route 1 in the Kendall Park section of the Township was reported at 11 p.m. Kendall Park Fire Chief Chris Perez said, “On arrival our firefighters saw extensive fire in the two story structure. It took 60 firefighters from several fire companies about three hours to bring the fire under control”.

Firefighters from Kendall Park, Monmouth Junction, Kingston, Rocky Hill, and Plainsboro Fire Companies responded to the call. The Franklin Park and North Brunswick #3 Fire Departments provided coverage and handled other calls in town during the incident. The Kendall Park First Aid and Rescue Squad as well as Monmouth Junction First Aid and Kingston First Aid also responded. There were no injuries at the fire call. Three adult residents were displaced and received shelter from the American Red Cross. 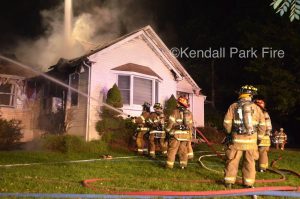 Middlesex County Prosecutor Andrew C. Carey and Chief Raymond Hayducka of the South Brunswick Police Department today announced that two men have been arrested and charged with setting a fire that destroyed a home in the Kendall Park section of the township.

Terrence Strothers, 24, of South Bound Brook and Gennaro Toscano, 19, of Green Brook were arrested on September 30, 2014 and were charged with aggravated arson and criminal mischief.

Bail was set at $75,000 for Strothers and $50,000 for Toscano. The defendants were being held at the Middlesex County Adult Corrections Center in North Brunswick.

An investigation by Detective Kenneth Herman of the South Brunswick Police Department and Detective Todd O’Malley of the Middlesex County Prosecutor’s Office determined the defendants intentionally set fire to the home on Greenview Road at 11:01 p.m. on September 29, 2014.

Two occupants of the house escaped without injury, but the two-story home was destroyed in the blaze, which took several hours for firefighters to contain.

The investigation is active and is continuing. 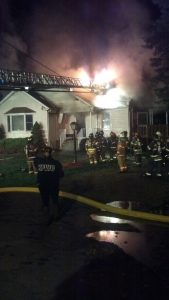 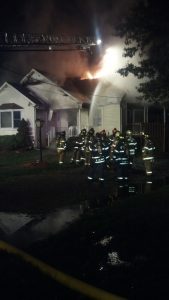 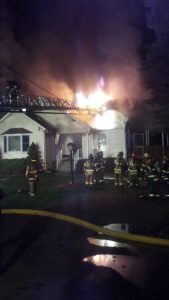 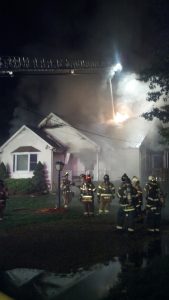 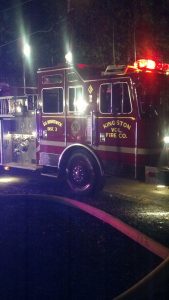