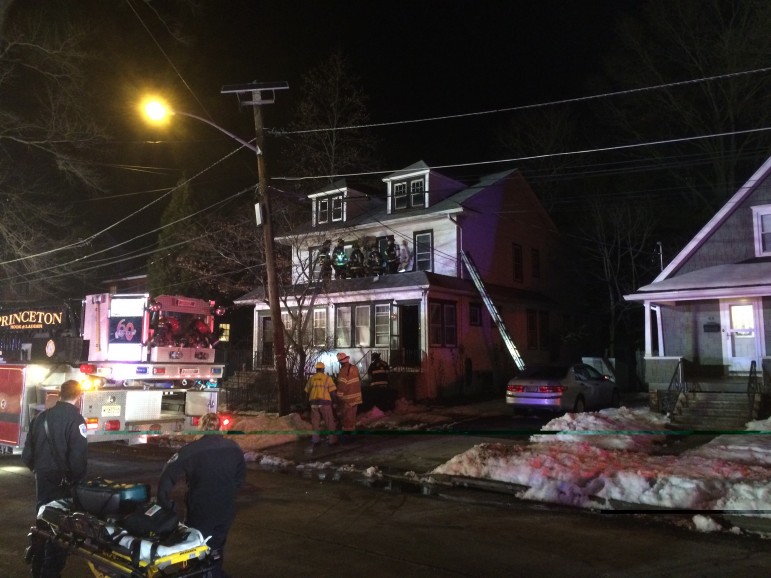 The fire reported just before 7 pm, started in a vacant home located on Wilton Street in downtown Princeton.  The residence is currently undergoing renovations and workers had been on-site earlier today.  The fire was contained to a second floor bedroom.  Residents of the adjacent duplex were evacuated and no injuries were reported.  The cause of the fire is under investigation.   In addition to the Princeton and Kingston Fire Departments, the Princeton Plasma Physics Lab Emergency Services and the Plainsboro Fire Company also responded.