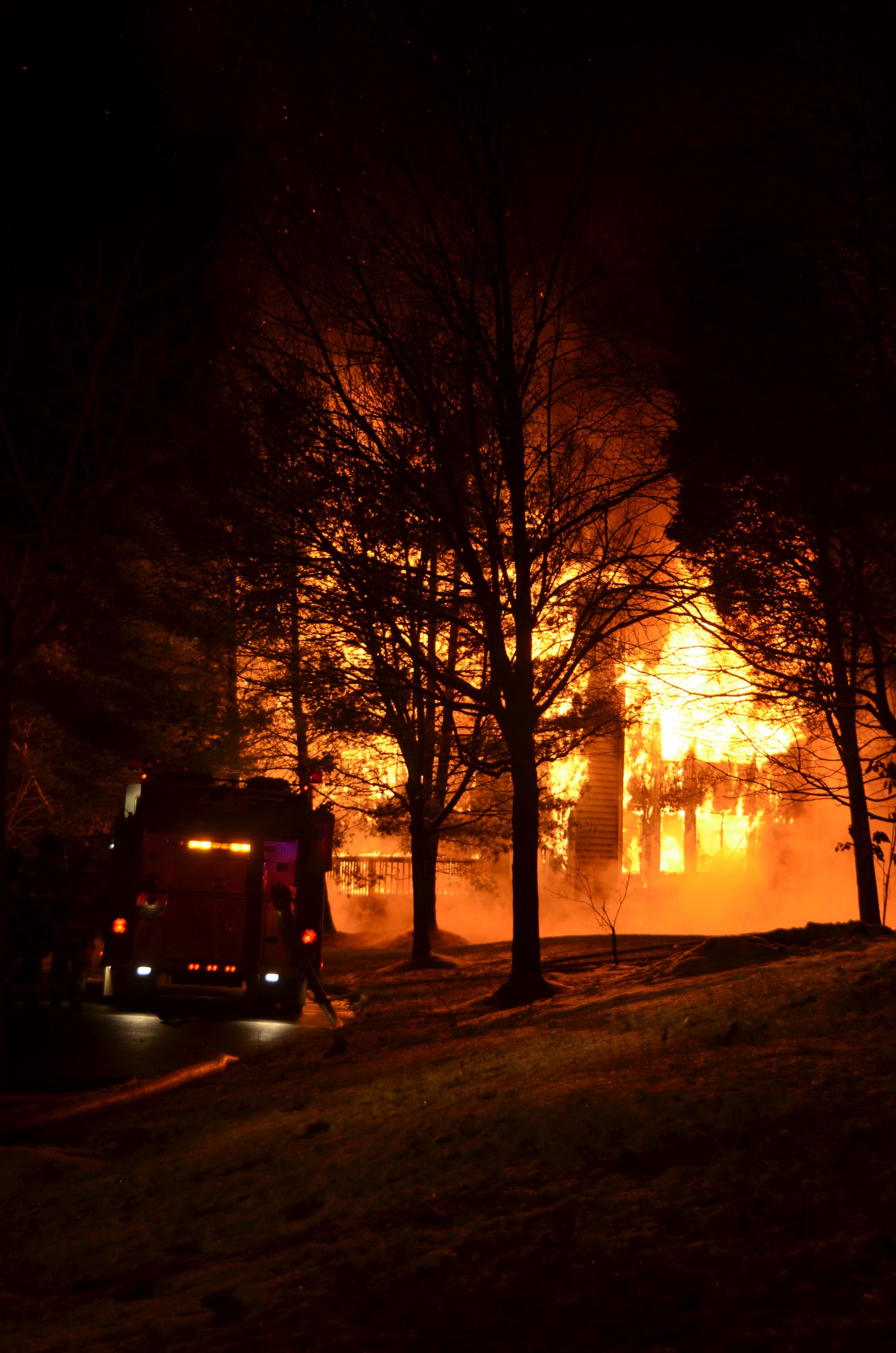 A fatal house fire took place in the Princeton Walk Development of the South Brunswick Township section of Kingston on Tuesday night.  Shortly prior to 11PM South Brunswick Police received several 911 calls reporting sounds of an explosion and a large structure fire at 2 Cranberry Court.

In all, the Kingston, Kendall Park, Monmouth Junction, Plainsboro, Rocky Hill, Princeton, Montgomery #2, and Cranbury Fire Departments responded to the scene of the fire. It took the 75 firefighters approximately twenty-five minutes to bring the blaze under control. Meanwhile the Griggstown and Franklin Park fire companies stood by at a local firehouse and provided coverage for the rest of the town.

The Kendall Park, Monmouth Junction, and Plainsboro EMS Units also responded to the fire.  Deputy Chief Luck slipped and fell due to the ice that had quickly formed throughout the scene. He would later be transported to a local hospital, diagnosed with a broken wrist, and released.  No other firefighter injuries were reported.