8 Hour Fight at a 2 Alarm Fire on Sycamore Place 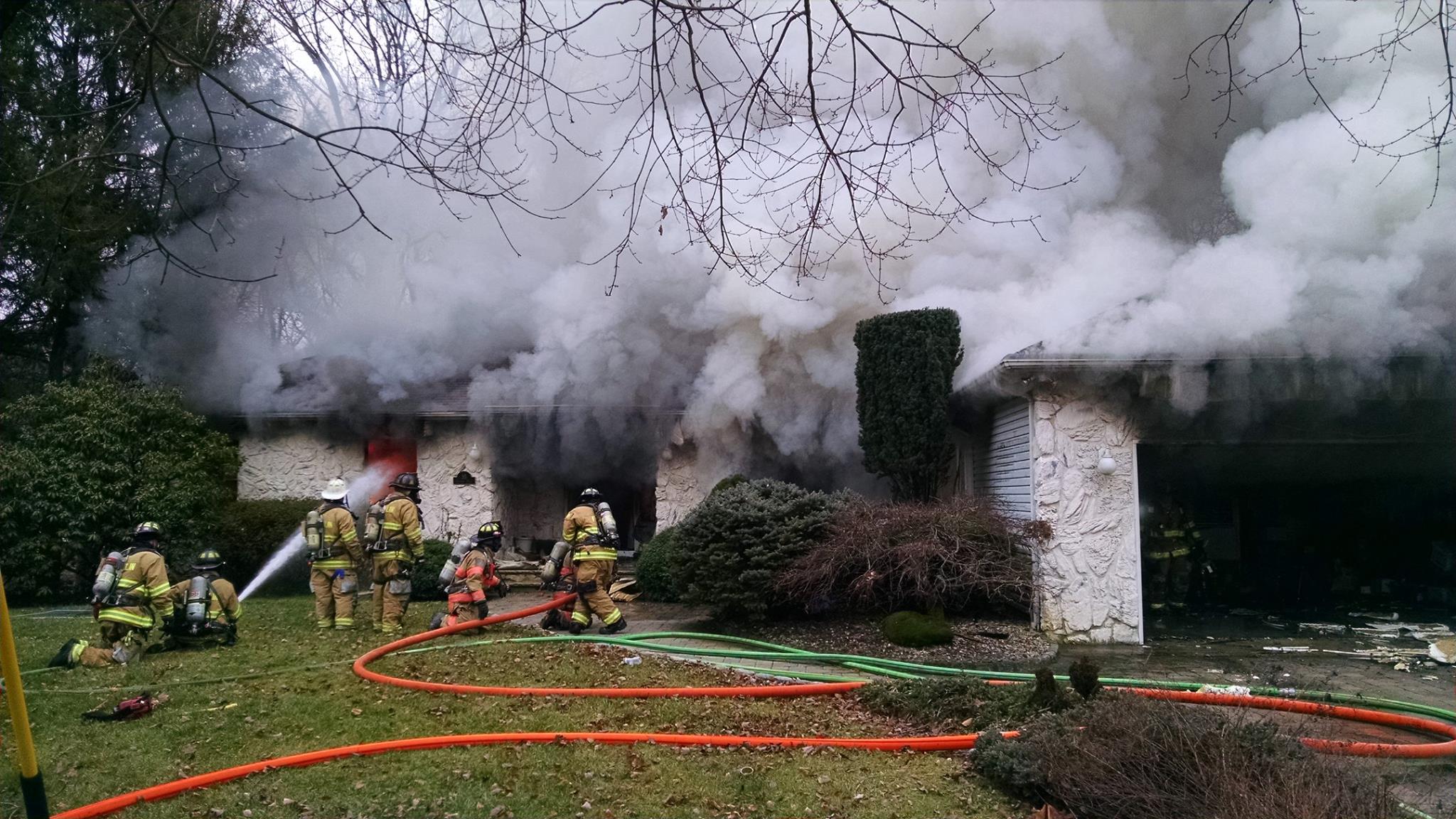 The Kingston Fire Company responded to a structure fire on Sycamore Place in Kingston on Wednesday Afternoon. Kingston (Station 39 Somerset County) and Little Rocky Hill (Station 41 Somerset) were dispatched at 12:20 for an unknown type fire in the residence called in by the alarm company, Kingston Chief, Deputy Chief and Kingston Engine 5 responded and were on location within 5 minutes. Kingston chief requested a first alarm upon arrival. The homeowner informed us that the fire was in the basement.

Engine 5 hooked up to a hydrant, while the crew stretched an 1 ¾” line to the front door. 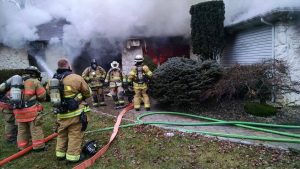 The crew made entrance through the front door and searched for the stairs to the basement, but due to heavy smoke conditions were unable to find the access. The crew then were pulled out and sent through the garage to a door leading downstairs. The crews made it to the bottom of stairs and started putting water on the fire, but were driven back by extreme heat and smoke.

During this time Engine 41 arrived as well as inspectors from the Franklin Township Fire Prevention Bureau.These crews stretched as additional 1 ¾” line and a 2 ½” line. Kingston Engine 3, Engine 4, Rescue 2, and Special Services 6 also responded. Command requested a second alarm at 12:52.

Due to the heavy volume of fire, crews were evacuated from the building and went to defensive operations. The final crews cleared the scene at 20:45. 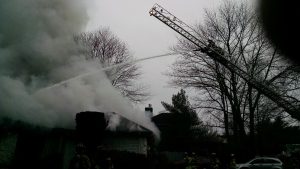 We also thank the Franklin Township Police Department for their assistance.